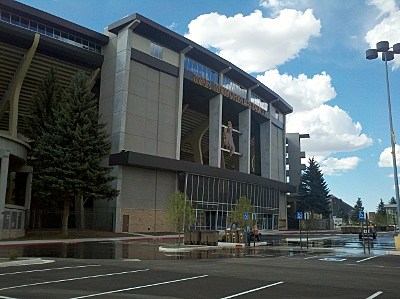 College football season is here! With that said, if you're fan of the brown and gold then you surely know the pro's and con's of Laramie on a game day! The "Gem City of The Plains" becomes alive with die hard fans who at times travel several hours to enjoy all that is UW football! If you're a Cowboy fan then you more than likely also know the hassles of being in Laramie during a game day, from the traffic jams to the over crowded restaurants bars and stores, but if the Pokes win then who cares right? If you're planning on celebrating after one of the Cowboys games than make sure to plan ahead, and while your at it, how about trying out one of these five great places in Laramie to eat, drink and celebrate! 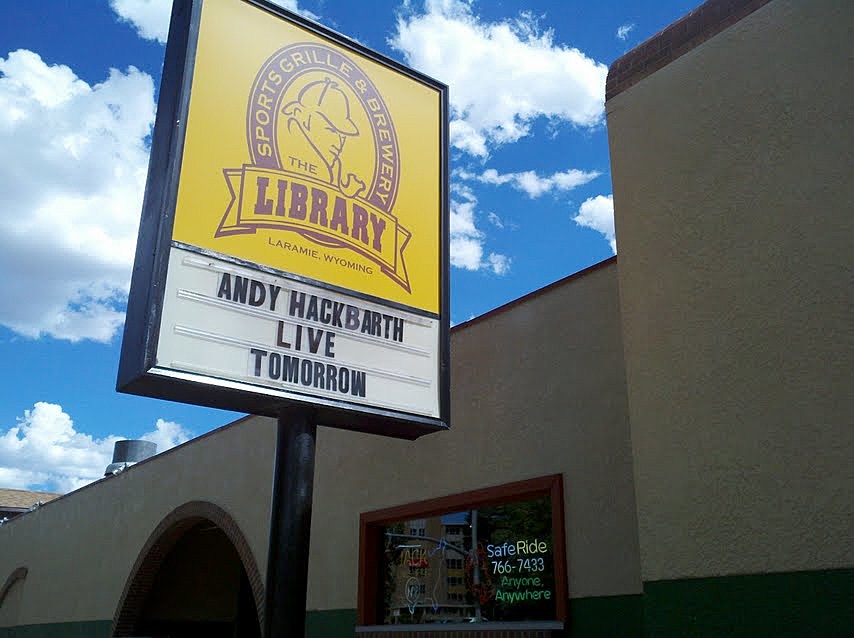 The Library Sports Grille and Brewery is the place to go on game day, whether it's before, during or after the game the Library has it all! If you're looking for great food to fill you up before the game then the Library is it! Their large menu, wide variety of food, and home made brews make the Library a top pick for any hungry fan. If you're looking to get rowdy for the game then you can't go wrong with any of their home made beers. Last month the Library won the People's Choice Award at the 16th Annual Steinley Cup in Saratoga for their Koln Dunkel, so if you're feeling skeptical about trying one of their hand made beers, don't be! They are great! Remember, if you are thinking about going to the Library during game day plan ahead because on game days it's first come first serve. The restaurant section is also not the largest so seating is somewhat limited. The bar is also quite cozy, but don't worry, they'll serve you well and you most certainly won't leave disappointed. And did we mention it's walking distance from War Memorial Stadium? 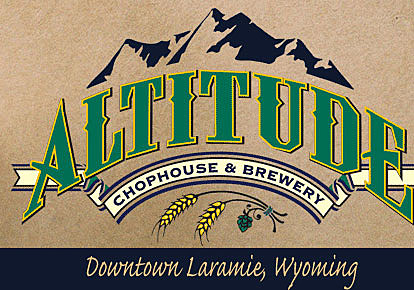 Altitude Chophouse and Brewery is know for their warm and relaxing atmosphere and top notch food as well as excellent hand made beers! Altitude's is located at 320 Sth 2nd street in downtown Laramie and they too offer a wide variety of great tasting food, deserts and of course great tasting home made beer. The front and back seating sections are capable of seating lots of people and the pool hall can also be used for extra seating. The restaurant may be large but on game day you won't find a place without a wait, so once again plan ahead so you can make the most of your night! Altitude Chophouse & Brewery is one of Laramie's top restaurants and is a must try for any UW fan who is in town during game day. If you're not sure which beer to try you can never go wrong with their Tumblewheat. Altitude's was recognized as 1st place Peoples Choice for Best Brewery in Laramie in 2011 and Best Brewery at the 2008 Jackson Hole Brewfest. 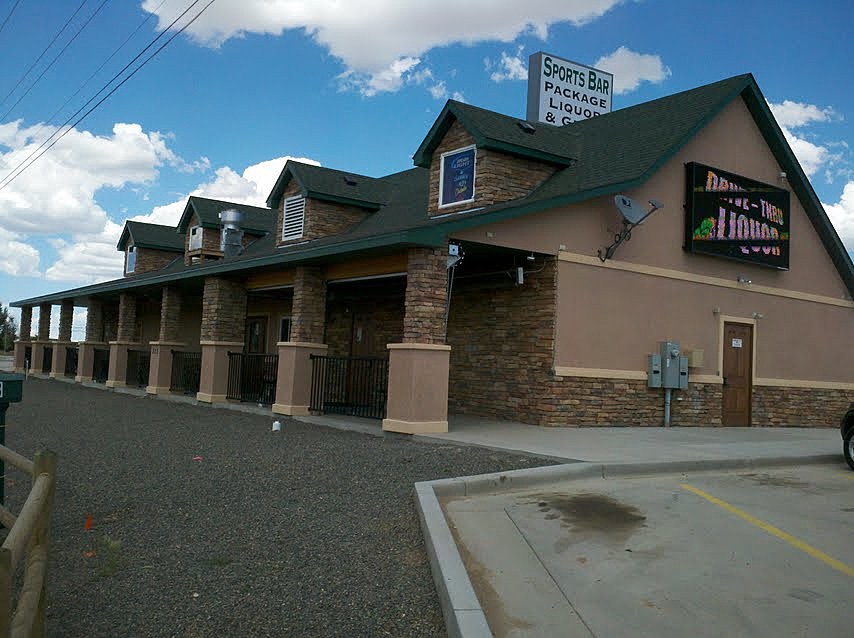 For all of you sports fanatics out there the Snowy Range Sports Bar and Grill is a must! If you're a fan of other teams besides the Cowboys then the Snowy Range Sports Bar and Grill is definitely the place for you. They have dozens of flat screen tv's for your viewing pleasure. No matter which teams are playing you'll be able to watch any game you want. Unfortunately, they are located in West Laramie which means if heading to, or leaving from War Memorial Stadium you need to plan ahead. Always designate a sober driver before you plan on going out. The Snowy Range Sports Bar is just off of Snowy Range Road in West Laramie and trust me if you're willing make a short trip across the train tracks you will not be disappointed! Seating is fairly limited but the atmosphere, drinks, food and service are all top notch. If you are in no condition to drive remember to take advantage of UW's SafeRide shuttles. 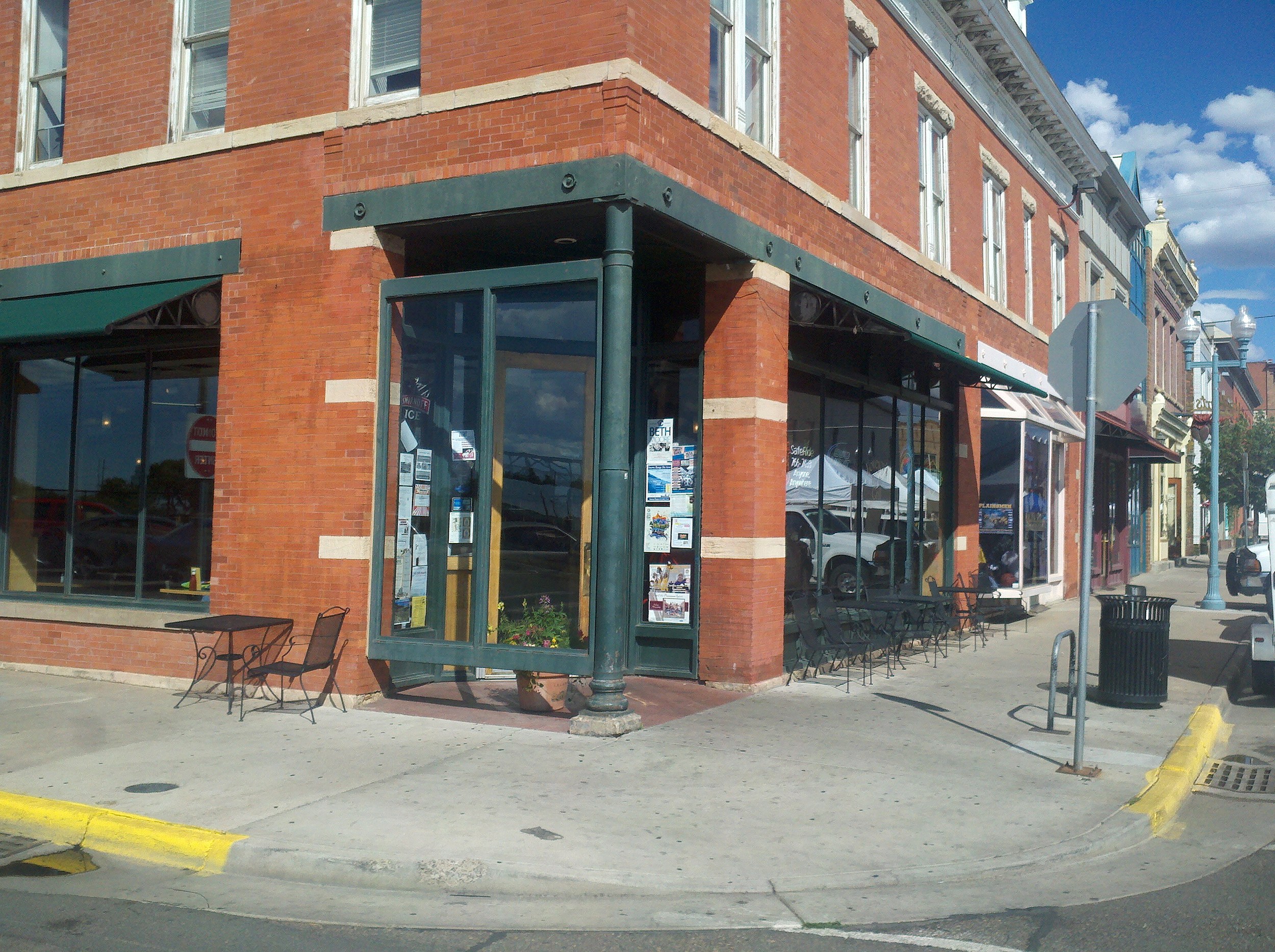 Downtown Laramie is a great place to go if you are looking to celebrate a UW Cowboy win! Elmer Lovejoy's is right in the heart of historic downtown Laramie on 1st and Grand. They have a wonderful selection of great tasting food and drink and since they are right down town you can eat and shop. If you're looking for something good to eat try their Sunshine Crunch Sandwich, it's quite impressive. If you and your friends aren't feeling very hungry and just want a drink then the large bar is a perfect place to plant yourself. Lovejoy's isn't the biggest place, but if you plan ahead and get there before the rest of the fans then you have nothing to worry about. Lovejoy's also carries Altitude beer on tap, so if you were craving a home made beer from Altitude Chophouse and Brewery but the wait was too long then don't fret, Lovejoy's has your back! 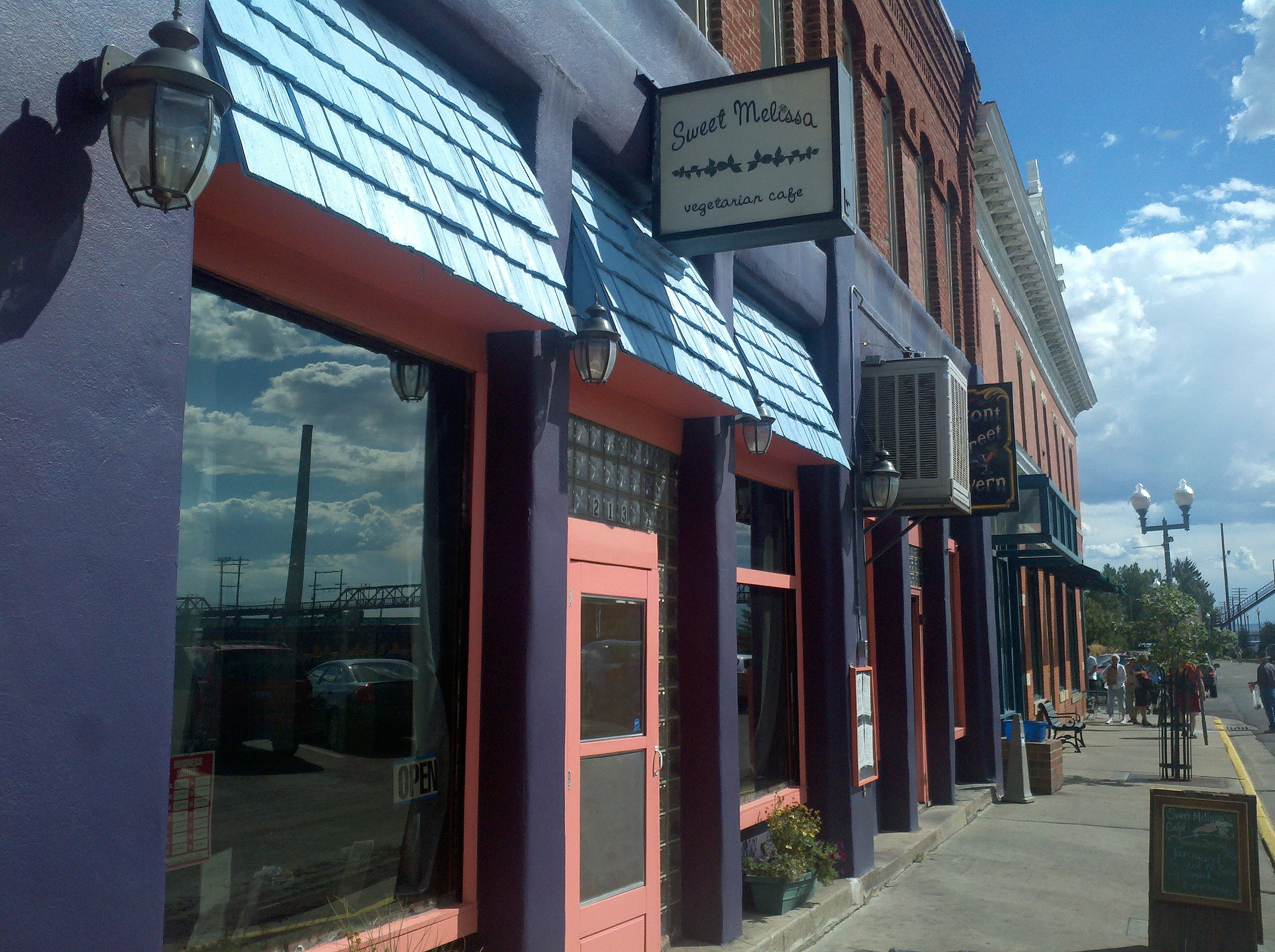 For those brown and gold fans out there who want a truly unique experience before or after a game then Sweet Melissa's Vegetarian Cafe will give you just that! Sweet Melissa's quaint and unique atmosphere provides a great dining experience. The word vegetarian might turn some people away but if you give them a chance you will be coming back for more at every opportunity. They have a home made quiche and soup of the day and a great selection of healthy and extremely tasty vegetarian dishes that will surely suit your pallet. Are you tired of drinking the same old beers? If you are, then try some of the beers that Front Street Tavern has on tap. They don't even serve Bud Light or Coors Light on tap. Not a fan of beer? That's ok too because they serve the best Moscow Mule in town! Sweet Melissa's Vegetarian Cafe and Front Street Tavern are one in the same and can be found on 1st street in historic downtown Laramie just down the street from Elmer Lovejoy's. As always, Laramie overflows with Cowboy fans on game day so make sure to always plan ahead when going out to eat or celebrate. The downtown location of Sweet Melissa's and the Front Street Tavern means you can enjoy Laramie's down town shops with ease.
Filed Under: Laramie, SYND
Categories: Best Of Laramie
Comments
Leave A Comment
Back To Top